Common sense might have told you that April’s economic collapse had less to do with the lockdowns than it did with the fact that people were simply afraid to go about their business.

Bloomberg’s Noah Smith cites a new white paper from the National Bureau of Economic Research confirming that. “This suggests that new lockdowns need not be as restrictive as the ones in March to protect the public,” he says. 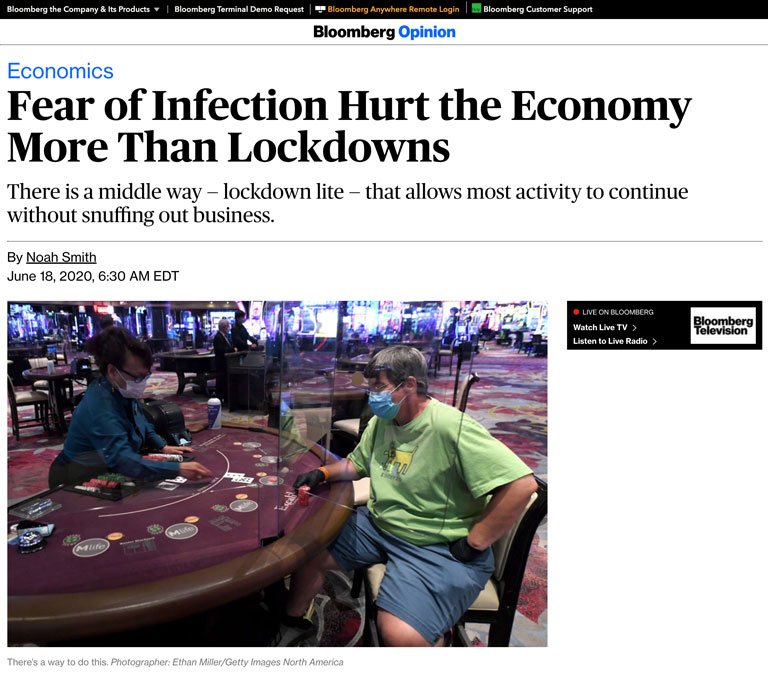