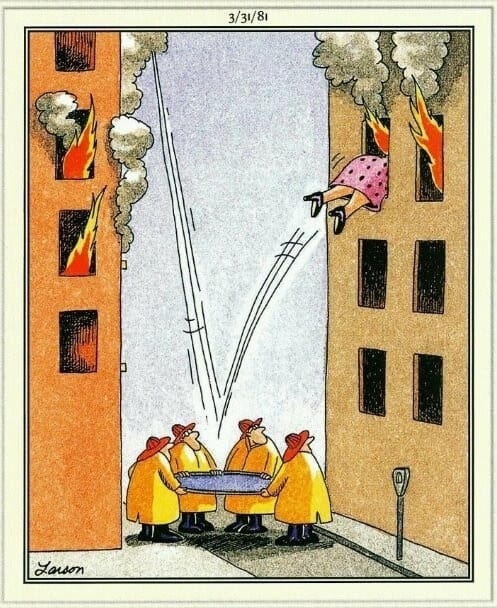 Technically speaking, that’s exactly what happened. The housing market really did bounce back in April. To 2012.

That makes total sense. No one wants strangers in their home right now, and no one wants the exposure that comes with moving.

But everyone seems to want to shelter in place—or at least take advantage of rock-bottom mortgage rates. New home sales came in at 623,000 annualized in April, up 1% from March and down just 6.2% YoY. New home sales only account for 10% to 12% of the total, but they’re a bright spot that looks like it’ll continue to shine.

“Mortgage applications to purchase a home rose 9% last week (ending May 27th) from the previous week and from a year earlier,” reports CNBC’s Diana Olick. “It was the sixth straight week of gains and a 54% recovery since early April.”

Americans are well known for optimism, justified or otherwise. More than half of the general public thinks the U.S. economy will be back to normal within two years, says The Motley Fool.

Economists, not so much. The Charlotte Observer reports that “J.P. Morgan chief investment officer Bob Michele told Bloomberg it could take 10 to 12 years to get (back to) pre-pandemic levels.” Michele points out that if the unemployment rate reaches 20% or higher this year, as many predict, cutting it in half over the next 12 to 18 months would be a huge accomplishment—but “we’re still going to be roughly where we were at the peak of the financial crisis” in 2009-10.

No arguing with that. But if the unemployment rate is 10%, that means nine out of ten people have jobs. Some sectors of the economy got whacked harder than others, and maybe it will be a decade before they return to normal.

But a partial recovery means that other sectors will bounce back quickly. So far it looks like housing is one of them—and if so, the big issues haven’t changed at all. Lending standards have gotten tighter, but mortgage rates (3.15% on May 27th, an all-time low) plus price incentives from anxious builders have apparently lit a fire under buyers who would otherwise be on the sidelines. Moreover, Millennials are finally in the game. According to Business Insider, a recent Genworth Mortgage Insurance study found that “2019 saw the most first-time home buyers since 1993.” 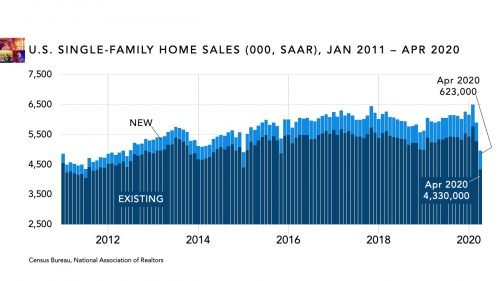 Whatever is driving demand, buyers don’t seem to be letting a little thing like a 100-year plague stop them. If sales continue at this pace, it’s hard to see how last month’s nosedive in housing starts can last.

Instead, we’ll be worrying about the same thing we worried about last year at this time: How can we build homes better, cheaper, and especially faster?

Corporate management guru McKinsey & Co. weighed in recently in a blog post titled “How Construction Can Emerge Stronger After Coronavirus.” The article echoes the company’s 2017 blockbuster study, Reinventing Construction, which concluded that the construction industry suffers from abysmal jobsite productivity due to entrenched resistance to innovation by trades and suppliers.

Then as now, McKinsey’s solution is for builders to take charge of the situation: technology to improve designs and jobsite control, vertical integration “to increase efficiency and as a route to standardization,” offsite construction to reduce cycle time and waste, and “augmented consolidation…to establish economies of scale,” provide resources to innovate, and inject “much-needed resilience in their balance sheets.”

You probably noticed that this is the same soapbox analysts have been on ever since the first Model T rolled off the assembly line. That’s not to say it’s a bad list. But if it hasn’t happened after a century of nagging, maybe there’s a reason why.

Sure there is, say pundits. Suppliers and trades are a bunch of boneheads whose greatest joy in life is thwarting innovation at every turn. 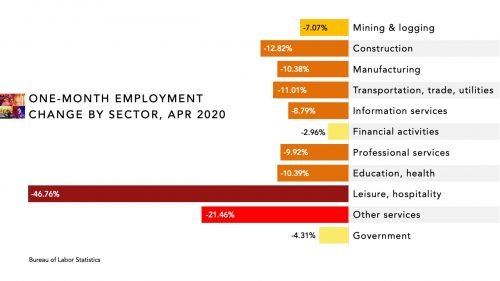 This is also not to say there aren’t boneheads out there. But boneheaditry is part of human nature (some say the cornerstone) and not likely to disappear anytime soon. Innovation occurs nevertheless; in this case it may be that McKinsey simply hasn’t gotten the memo yet.

Vertical integration. LBM dealers have been vertical integrating for 30 years. In the 1990s they moved upstream into manufacturing: structural components, doors, cabinets, countertops, stair assemblies, and even windows. More recently dealers have moved downstream into labor management. Turnkey construction services are common in many LBM categories. Turnkey framing is even catching on as builders’ interest grows.

There’s no reason for builders to make a major investment—or a major change to a mostly successful business model—to reinvent that wheel.

Consolidation. Industry consolidation may also be further along the path than people know. When people think of consolidation, they typically think of auto manufacturing, where the top four companies have 90% market share.

Housing will probably never get to that point. Every industry has its own unique wrinkles. Ours is that the rules are different everywhere you go. Building codes, materials, and available trade skills all vary from region to region, state to state, and sometimes market to market.

Megaplayers need to be decentralized to deal with those variables. The largest dealers and builders both are more accurately described as a conglomeration of independents and regional chains operating under a single brand. That limits their economies of scale. They have a cost advantage in some product categories, but that’s partially if not wholly offset by additional corporate overhead required to manage both the business and the company’s investor network.

The dynamics may be a little different for builders, but in the LBM channel, a billion-dollar chain has little or no competitive advantage versus a locally-based $75 million independent with resources to innovate and the ability to make quick decisions. In fact, the chain may be at a disadvantage if its local management team is no better than average.

What’s the evidence? Roll-up consolidation. If its market managers are good, a megaplayer can usually keep pace with strong local competitors. It rarely if ever outmuscles them, though. The only way to push them out of the market is to cash them out.

This may be what full consolidation looks like in LBM: a handful of megaplayers, a few dozen large independents and regional chains, and a few thousand small niche players covering markets and market segments larger companies either don’t want or can’t accommodate in their business model. 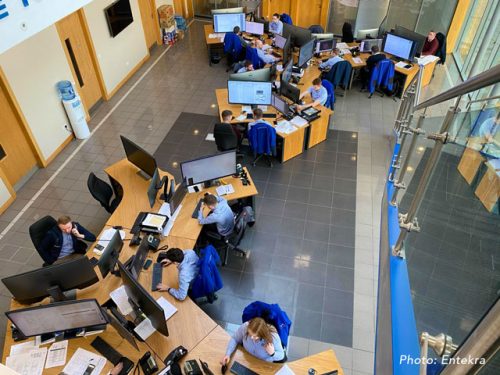 Offsite construction. As for prefab, offsite wood frame construction has been around ever since stud framing was invented in the 1830s. It never gained much traction in the marketplace because it was always risky. A tiny design error could blow up the entire project if you prefabricated.

BIM has changed that equation. The ability to model a structure thoroughly before you build eliminates (or at least minimizes) errors and missed details. Prefab of any kind is less risky as a result. The catch is that prefab isn’t where the value lies.

Panels might reduce framing time by 30% or even 40%, but framing was only 10% to 15% of total cycle time to begin with. Most of the value comes from optimizing designs to eliminate errors and bottlenecks for every trade throughout the project. That’s how Modesto, Calif.-based Entekra can claim that FIOSS™ reduces overall cycle time by 33%.

If you want to minimize the headaches of dealing with human beings on jobsites (some may be boneheads), modular is the ticket. You’ll get control over the entire construction process that way. But if you don’t want to flip the apple cart over totally, optimizing the design before you build will boost jobsite efficiency whether you panelize, pre-cut and label, pre-assemble (headers, corners, partitions), or even stick frame.

Reinventing Construction convinced a lot of people that construction is broken and in need of reinventing. It may be, but low productivity on jobsites is not necessarily the fault of the trades.

If you give me a half-baked plan and leave it to me to figure out how to fix it when I frame it, it’s going to take additional time. Plus, I’m going to fix it in whatever way creates the least amount of work for me—and so will the plumber and the electrician and the HVAC sub. If Entreka really can cut cycle time by 33%, chances are at least 75% of those savings come from its design and engineering process, not from building panels in a factory.

You’ve got all the tools you need to go live in 2035. The only decision is whether to lead, follow, or get out of the way.