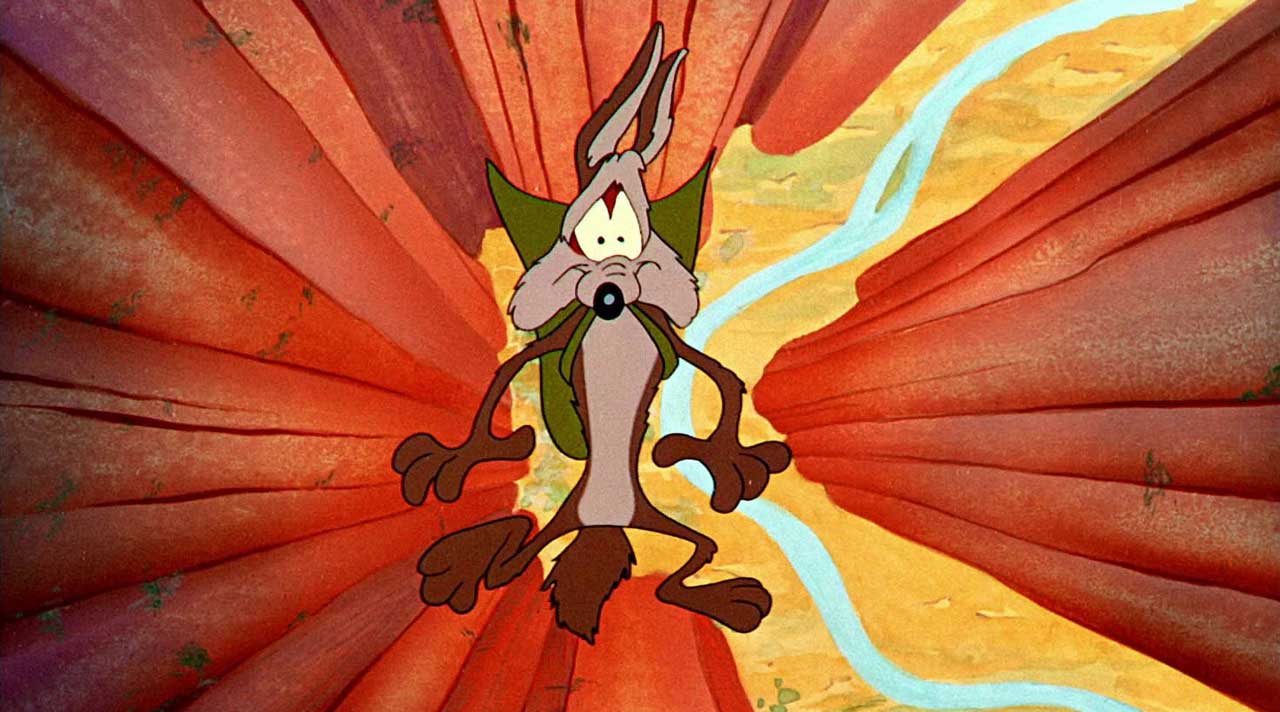 Everybody knew it would happen. Now that it’s starting to happen, everybody likes it just about as much as they thought they would.

Supplier revenue has held up for the most part since construction supply is deemed an essential business in most states. Apparently not for long. In April, home buyer traffic fell off a cliff and took builders’ confidence with it.

The NAHB/Wells Fargo Housing Market Index measures builder sentiment on a 0 – 100 scale. Over 50 indicates optimism, anything less indicates pessimism. In Dec 2019, HMI hit 76, just two points shy of the highest mark in its 35-year history. It slipped gradually over the next three months, landing at 72 in March. In April, the index nosedived to 30. 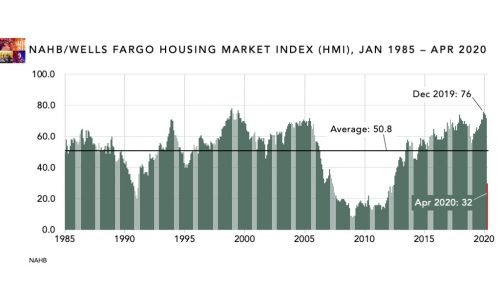 That’s not a record low. That distinction belongs to Jan 2009, when HMI bottomed out at 8. But -42 points is the biggest single-month change ever—up or down—by a factor of four.

Actual construction activity looks good by comparison. Single-family starts in the U.S. fell to 856,000 annualized in March, down 17.4% from February. Multifamily starts were 360,000, down for the second straight month and 42.6% below their January level.

Total U.S. starts in March were still up 1.4% YoY, but it’s time to wave goodbye to those numbers. The unemployment rate in March was 4.4%, up from 3.5%. Under any other circumstances, a 0.9% increase in one month would be considered a five-alarm fire. Not when you consider what we’re going to see in April.

As of the end of February, total U.S. employment stood at 151.8 million. Since then, 22.1 million unemployment claims have been filed. That means the unemployment rate is likely to be roughly 15% by the end of this month.

Everyone knows the amount of economic damage we take will depend on how long the lockdowns last. President Trump wants them lifted yesterday. Health experts say it’s too early. State governors—who are the final decision-makers on the matter—mostly agree with the experts.

The reason is that until we have an effective treatment and a vaccine, we’re going to be playing whack-a-mole with the virus. When the restrictions went into effect, new infections declined. If they get lifted too soon, chances are a new wave of infections won’t be far behind. 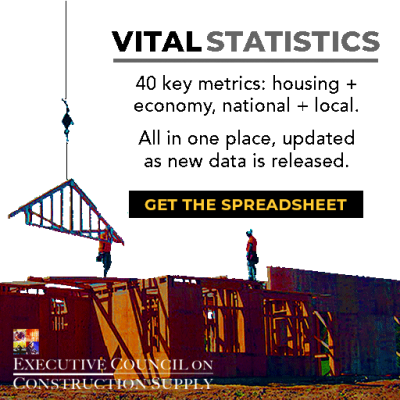 It’s true that some countries are already easing restrictions. But in most cases, they meet two criteria: First, they have the healthcare system capacity to test and treat most if not all of the population. Second, the positivity rate—i.e., the percentage of people tested for the virus who test positive (whether they get sick or not)—is low.

The positivity rate in Australia is 1.6%. It’s 1.9% in South Korea, 6.3% in Canada, and 8.3% in Germany. Germany and South Korea are starting to ease restrictions; Australia and Canada aren’t.

In the U.S., the positivity rate is 19.7%. Eight states—NY, NJ, CT, MI, GA, MA, IL, and CO—are above the national average, sometimes by a lot. In New Jersey, says The Atlantic, “an astounding one in two people tested for the virus are found to have it.”

No one’s saying we should, but there is a point here worth considering. The amount of economic damage created by the pandemic doesn’t really depend on how long stay-at-home orders and social distancing guidelines last. It depends on how long it takes for Americans to get their mojo back and start buying stuff again.

That is almost certain to take longer than any lockdown. This is a country where people can go broke if they get sick. Everyone knows it, but normally they think it’ll never happen to me so they ignore the risk.